A sport that climbs the mountains. Mountaineering can exercise people's perseverance and courage, and is of great significance to scientific research and resource development. Climbing Helmet
Mountaineering is a sport that climbs from low-altitude terrain to high-altitude peaks under specific requirements. Mountaineering can be divided into mountaineering adventures (also known as alpine adventures), competitive climbing (including rock climbing, ice climbing, etc.) and fitness mountaineering. Mountaineering Helmet
Mountaineering expeditions generally refer to mountaineering campaigns with the aid of certain equipment and equipment to overcome various harsh natural conditions and to reach the peak.
The mountain climbing adventure is often a mountain peak with an altitude of three or four kilometers above sea level and covered with snow all year round. Its competitive nature is not manifested in the competition between athletes (or teams) in the same time and space and under the same conditions. And confrontation, but the performance of the athletes (or teams) and the harsh natural environment, is the contest between human vitality and harsh living conditions. In mountaineering adventures, athletes face alpine anoxic, strong winds, steep terrain and the accompanying difficulties and mountain hazards. The evaluation of a successful mountaineering expedition is not based on the general sense of time, speed, strength and skill. It emphasizes the height, difficulty and organizational tactical uniqueness of the selected target and its scientific level.  Helmet Wholesale. 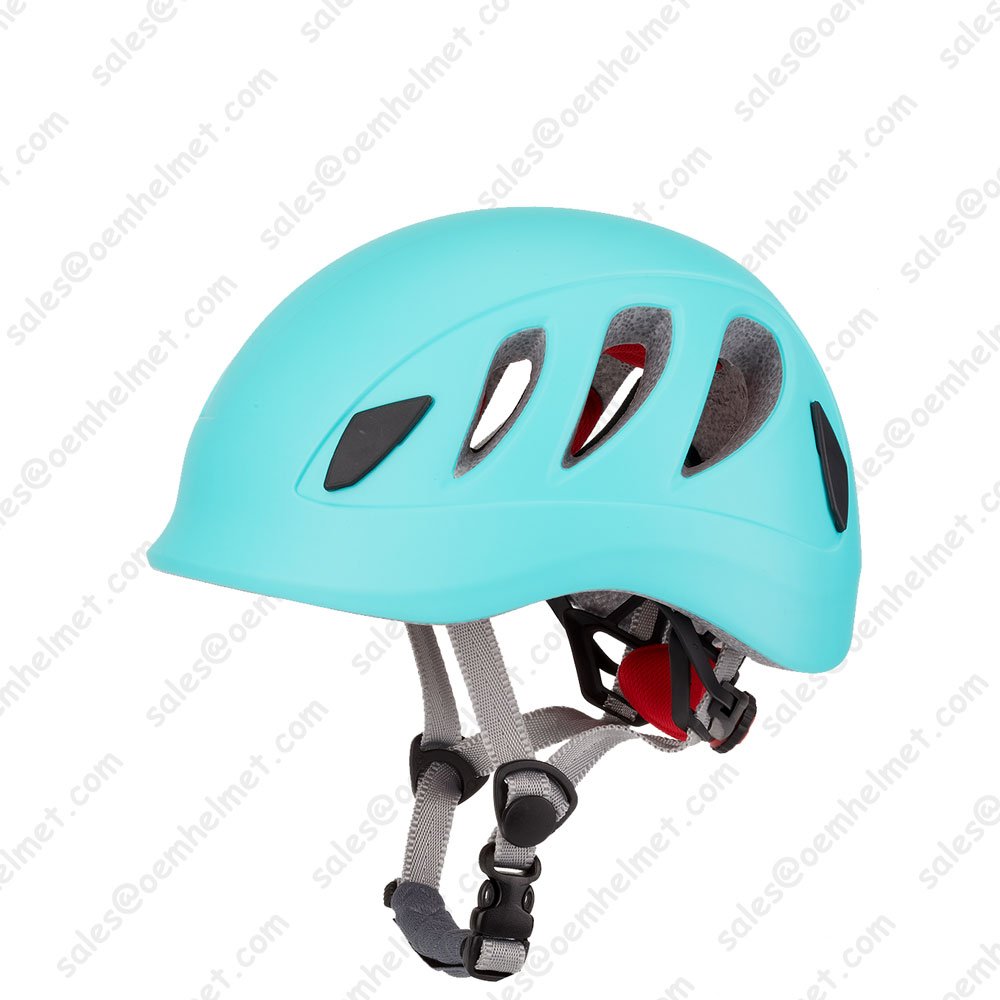 Mountaineering expeditions, especially organizing larger events, are a complex system project that requires strong organizational assurance. Athletes not only require them to have good physical and mental qualities, but also require them to master climbing techniques such as climbing rocks, ice and snow, protection, etc., while also identifying as many risk factors as possible and encountering dangers in mountainous environments. The ability to be awake. In the organization work, we must establish a rear support system such as transportation, communication, medical supervision, weather forecasting, and routine anecdotes in the base camp.

The activities of athletes in the mountains, whether the use of technology or the implementation of tactics, are carried out with the aid of specific equipment. Alpine equipment is generally divided into cold equipment, camping equipment, technical equipment ,support equipment and Climbing Helmet.

Mountaineering has become a sporting event and is generally recognized by the world as originating in the Alps in the second half of the 18th century. On August 8, 1786, a scholar M. G. Pakar and a crystal stonemason J. Balma first boarded the highest peak in the Alps, Mont Blanc, 4,807 meters above sea level. Later, people called mountaineering "Alpine Movement." With the accumulation of experience and the improvement of mountaineering equipment, by the end of the 19th century and the beginning of the 20th century, mankind began to march into the Himalayas and Karakoram mountains in Asia. The first challenge to the world's highest peak, Mount Everest, is the British mountaineering team. From 1921 to 1938, they made seven climbs to Mount Everest along the Chinese side. They finally changed to the side of the Kingdom of Nepal and climbed on May 29, 1953. In the 1950s, the human mountaineering expedition showed a climbing boom in the above-mentioned high mountain areas of Asia. During this decade, mountaineering teams or athletes from France, Britain, Austria, Italy, Switzerland, Japan, the United States, Poland and other countries have climbed 12 of the world's 14 peaks over 8,000 meters.